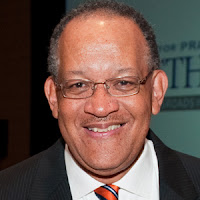 The wisdom of humans tinkering with nature has been challenged throughout the ages based on a common storyline: humans unwisely tamper with nature with disastrous consequences for the creator when we cross a line previously reserved for the deity. Three decades ago, in the early days of gene engineering, scientists raised ethical and moral concerns about “playing God.” They weren’t opposed to interrupting the natural order to cross breed animals and plants or to cure or treat disease. Rather, they warned against exercising the power of science and technology without sufficient regard for its consequences, admonishing not to cross boundaries that manipulated nature in ways traditionally thought only an omniscient and benevolent God could or should do.

Recently, a new study reported that defective genes in an embryo were edited and repaired through a revolutionary technique known as CRISPR-Cas9. The procedure was used to eliminate hypertrophic cardiomyopathy – a devastating heart disease and the most common cause of death in otherwise healthy young athletes. Use of this technology is under intense scrutiny by scientists and ethicists to understand its risks and benefits. Moral, ethical and practical concerns are particularly strong as applied to genetic engineering of sperm and egg cells, because such “germline” editing not only affects the individual embryo, but also future generations.

So, does germline gene editing “cross the line?” There are strong arguments in support of the wise use of CRISPR-Cas9 technologies in medicine. Obvious examples relate to eliminating types of cancer, cardiovascular and neurological diseases by selective editing genes of embryos with identifiable mutations that cause these disorders. The study reporting correction of the cardiomyopathy mutation specifically targeted the abnormal gene, indicating that the technology is becoming more precise and safer in a remarkably short period of time. This is why the National Academy of Sciences, Engineering and Medicine and the FDA have ethics guidelines permitting research on germline editing and engineering. The ethical principles behind these safeguards include the notion that genomic editing technologies will be used by appropriately trained scientists in transparent processes to promote well-being for all humans.

However, there are concerns we should not ignore. Germline editing requires monitoring of future generations of the embryo’s offspring, which raises a host of practical, legal and regulatory issues currently unaddressed. Furthermore, use of gene editing to enhance human characteristics such as physical appearance and cognitive performance is less ethically justifiable and subject to potential abuse. Despite these concerns, many prominent scientists warn that halting research and potential medical applications for fear of unknown risks and unaddressed ethical questions is also risky, and poses problems by not addressing current moral concerns—such as application of these technologies to reduce the number of abortions and loss of embryos.

The late theologian-ethicists Paul Ramsey and Alan Verhey raised the possibility that “playing God” may not always be negative, with one qualification. They wrote that humans should only “play God, the way God plays God.” By that they meant that it is morally appropriate for humans to research and explore the natural world and to wisely use wonders such as CRISPR-Cas9 because God made humans in his image and made us stewards of creation. We humans “can play God the way God plays God,” they argue, if we intend and promote human flourishing through our scientific and medical discoveries and technologies, and if we make these advances available to all humankind by seriously attending to social justice and fairness. This is truly wise counsel and worthy of application as we inevitably push forward on our revolutionary genomic journey. It also may be much more challenging than the science.

Richard Payne, MD, is the John B. Francis Chair at the Center for Practical Bioethics, Kansas City, MO, and the Esther Colliflower Professor of Medicine and Divinity (Emeritus) at Duke University.