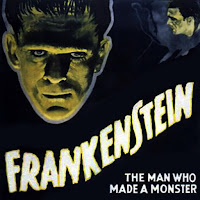 Film Series: Frankenstein Asks Us to Ponder What Is Monstrous

This year marks the 200th anniversary of the publication of Mary Shelly’s Frankenstein: or, the Modern Prometheus. The 1931 Universal Studios’ film adaptation of Frankenstein brought Shelly’s story to a mass audience. The mad Dr. Frankenstein, consumed with the desire to discover and control the secret of life, and the Monster he created have shaped our cultural narrative around the tension between science and technology and nature and the divine ever since.

Frankenstein typifies our perennial worries about the dangers of human hubris in pursuit of scientific knowledge and control over the natural world. In the film, when Dr. Frankenstein sees the first twitching movements of his creation, he exclaims “It’s alive! In the name of God! Now I know what it feels like to be God!” In this pivotal scene, we find Dr. Frankenstein not only marveling at his creative power, but implicitly declaring that artificial life will inevitably be monstrous because it lacks the sacred touch of the (truly) divine. With each new advance in technology, like reproductive technologies from IVF to gene editing, there are those who worry that humanity is overstepping the natural bounds of our domain.

The film raises additional interesting questions. Dr. Frankenstein unknowingly inserts the abnormal brain of a criminal into the patchwork body he has created. Before discovering this mistake, he is confident in his experiment. After it is revealed, he too becomes horrified by his creation.

The film also introduces Dr. Frankenstein’s assistant Fritz who has a physical disability, a hunchback. (Universal Studios’ Rule #4 for horror films requires a secondary character of weird appearance.) Fritz torments the Monster, terrorizing him with a lighted torch. The film version of the Monster is not just scary but scared himself.

Is Frankenstein’s creation monstrous because he is unnatural or because of his damaged brain or because he is abused and unloved? Were the outcomes determined by the very act of crossing sacred boundaries or only by the subsequent failure to engage with human artifice in ways that honor everyday human values?  In the tradition of all great literature and film, Frankenstein does not neatly answer these timeless but ever more urgent questions. We, the audience, must wrestle with them ourselves and with each other.

From reproduction to end of life, bioethical issues affect all of us. What better and more fun way to think about them than film? The Center for Practical Bioethics is thrilled to partner with the Tivoli Cinema in Kansas City to present the Bioethics Film Series featuring three iconic films. Following screenings at 7:00 pm, Center staff will lead discussion of each film’s major themes. Tickets may be purchased from the Tivoli in advance or at the door (Adults $9, Students $7)