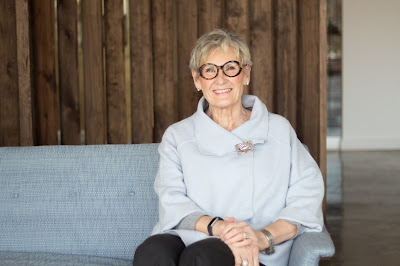 Forty years ago, a young Johnson County, Kansas, homemaker stood by her mother’s grave and promised to spend the rest of her life working to ensure that those living with serious illness could have their wishes honored and values respected. That same year, her college philosophy professor introduced her to a new “movement” called bioethics that advocated for patients to actively engage in their own care. Following graduation, from 1984 through 2011, she served as founding executive director of the Center for Practical Bioethics in Kansas City.

On October 20, 2017, Myra Christopher’s four-decade journey will culminate in her acceptance of the 2017 Lifetime Achievement Award from the 1,800-member American Society for Bioethics and Humanities (ASBH) at the national association’s conference hosted in Kansas City.

Early in Christopher’s career at the Center for Practical Bioethics, she and her founding board faced challenges like court reporters, judges and lawyers appearing in hospital rooms to intervene on end-of-life decisions. Hospice care was, for the most part, still rare.

Unlike the half dozen academia-based bioethics centers that existed at the time, the vision for the Center was to create an independent, free-standing nonprofit that converts bioethics theory into services and resources to serve real patients, families, providers and policymakers facing real-life healthcare issues and crises in real time.

In recognition of Christopher’s role in achieving this vision, ASBH professionals from clinical and academic settings along with those from medical humanities throughout the country will present her with its most prestigious honor in afternoon ceremonies at the Sheraton Crown Center Hotel in Kansas City, Missouri.

Christopher, who credits her success to early believers and supporters, will be honored along with Steven Miles, MD, who is recognized for his contribution to bioethics scholarship and devotion to the alleviation of suffering.

In announcing the award, ASBH stated: “Christopher’s work has changed how shared decision making among families helps to match the care a loved one receives with his or her wishes, how hospital ethics committees respect and advocate for the rights of patients, and how communities care for those with terminal illness.”

In response to the ASBH announcements, congratulations from national and local leaders in healthcare have poured in, as exemplified below:

Myra Christopher has long been a hero of mine. Her values and unwavering commitment to service represent a personal True North.

Myra Christopher is part of a group of pioneering women – in which I include Dame Cicely Saunders, Florence Wald and Elisabeth Kubler-Ross – each of whom stood up, powerfully and strategically, on behalf of people who are suffering. Because of Myra, the beginnings of a transformation towards person-centered care has begun.

Myra Christopher’s contributions to improving care for patients at the end of life are emblematic of some of the best features of bioethics. Rather than simply engaging in research (which she also does), she has shown how commitment and intelligent action can lead to changes in policy and practice that actually improve the lives of patients.

As we continue to wrestle with ongoing issues in bioethics (end-of-life care, protection of human subjects, pain management, etc.), as well as enter into new challenges in bioethics (new technologies, genomics, healthcare financing, etc.), we will all benefit from the legacy of your work and be better prepared to bring bioethics down to that “practical” level that you have so successfully advocated.