Never Too Young to Plan Beyond

And yet, given my conversations with professionals who deal with late-in-life and end-of-life issues, I was inspired to do so. Those conversations led me to create PlanBeyond, a new online site that helps older adults and caregivers get better educated about end-of-life medical, legal, and financial issues. Founding a company that encourages informed end-of-life decision-making and conversations, while certainly not unique, is uncommon. Founding it as a relatively healthy 30-something without a medical background may put me in the category of not only uncommon but unusual.

In speaking with a diverse group of professionals – from palliative care doctors, hospice care nurses to estate liquidators, estate planning lawyers and even funeral directors – I was surprised that my conversations really coalesced around one core issue: Many of the burdens they see with family members could be significantly lightened if people were just a little more proactive about exploring their final wishes and did a better job of communicating them.

Sad But Not Unusual

Consider the story that a nurse from Illinois, Anne, shared with me. A father of two was in the intensive care unit for weeks after suffering a severe stroke. His prognosis was poor, but his wife had no idea if she should keep his feeding tube in or when to consider withdrawing it. Because they were both relatively young, neither had spoken to the other about this possibility nor had either of them completed a living will. And so here she was, a mother of two young children, relatively young herself, having to face one of the most important decisions in this man’s life…without any guidance.

Or, consider the story of a funeral director from Georgia, John, who recounted a story of a widow planning the burial of her husband of over fifty years. She was desperate to keep costs as low as possible. Neither she nor her family had the resources to cover the cost of a standard funeral with burial. And yet, she wanted to do right by her husband. She was torn and guilt-stricken by the two options presented – cremation at a lower cost or borrowing to pay for a more expensive conventional burial. What would her deceased husband want?  The widow had never spoken with her husband about his wishes, so it was up to her to make this very personal and very difficult decision.

I wish I could say these stories are rare, but I am discovering they aren’t. In my brief experience in this new venture I am having confirmed over and over again how important it is to explore and share a whole host of issues. With just a little research, planning and open communication about our final wishes, we can change what are often heart-wrenching decisions into ones that we accept and are at peace with.

It’s why I was inspired to found a company that’s all about this issue, and why I encourage anyone I speak with to think just a little bit about their final weeks of life and what they really want done with them.

Blog Editor’s Note:
Writer Laura Troyani is the founder and editor of PlanBeyond, an online site for getting common legal, financial, health and end-of-life planning issues in order and stored in one place. An increasing number of groups, many started by younger people, share Laura’s passion. Examples include My Directives and Annie Presley and Christy Howard’s new book, Read This…When I’m Dead. 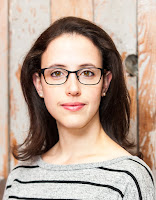 The Center welcomes Laura Troyani’s contribution to the Center’s blog, emphasizing the importance of making wishes known before a crisis occurs; however, publication of her article should not be interpreted as the Center’s endorsement of PlanBeyond site contents.