Walking Humbly with a Sacred Mission

When our colleague and mentor, Dr. Richard Payne, died suddenly in January 2019 following a short but aggressive illness, we gathered in Kansas City in April to celebrate his life and to explore how we might continue his legacy work in advance care planning with African American faith communities.

Richard had an idea of establishing a network of leaders, believers, doers, mentors and healers – ministers of the body and physicians of the soul – to bring this sacred work to fruition. We knew his death meant that without his physical presence, we had to capture his essence in another way. So, we invited the most dedicated, brilliant, innovative and inspirational group of leaders we could find already at work in this space, often inspired and encouraged by Dr. Payne’s life and work. We asked them to join us at the end of July and first of August in a gathering at Duke Divinity School – if not in person, then virtually.  Nearly everyone in the room and online had been profoundly touched and nurtured by Dr. Payne in our work as ministers and pastors, social workers and community advocates, physicians and researchers, nurses and ethicists. They all said yes and many added, “Amen.”

Terrie Payne opened our meeting asking us to determine how we would act on the conviction about her Richie’s life that called us to chart the next steps of this journey.  And so, we began. Rolling up our sleeves, we got to work.

CPB’s role as convener was to facilitate and unleash the energy and imagination of one of the most powerful group of leaders ever assembled to discern this unchartered, and as yet incomplete, journey.

Our work will require investigating and recalling dozens of efforts and myriad resources spanning decades of work while re-creating new approaches and tools. We will discern the leadership and evolving network to carry this work deeper into our communities and beyond. This will be Rich’s legacy and it will become ours. Stay tuned and join in the journey.

Pictured below are those who were with us in person on Day 2. In addition, we were joined online by YvonneDelk, Chris Brady, Lauren Van Scoy and Vivian Anugwom. 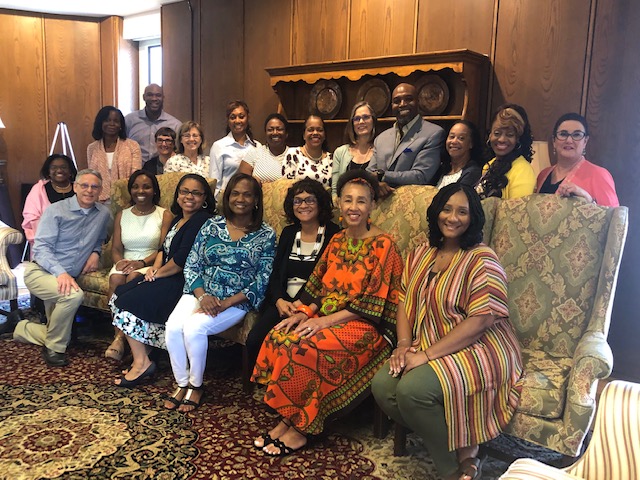